Friends, I have something extra-special for you today. Spiced veggie naan pizzas.

It's pizza.  But really it's Indian-ish / Mediterranean-ish food.  And you know how much I love to combine two (or more) things to make something stellar.

How do you feel about that?  Read on for deets.

How to make naan from scratch!

If you haven't made naan from scratch before, I highly recommend.  It's a mixture of whole wheat pastry flour, honey, yeast and yogurt (and just a pinch of a few other things), and it gets pan-fried in a super hot skillet until it's fluffy on the inside and crispy brown on the outside.

Seriously, what else could you possibly need in life?

And on top of that... literally... is a smattering of lemony hummus and a heap of spice-roasted veggies.

This hummus is one of my all-time favorite recipes, because it has a ton of garlic and lemon, and is incredibly smooth.  I recommend making a batch now so you can dip, spread and make naan pizzas for days.

And the veggies....  are doused in olive oil and oregano, paprika, coriander, cumin, turmeric and red pepper flakes and roasted til crispy and delicious.  It's just surreal.

Plus, the finishing pizza touches include mixed Greek olives (YUM), feta cheese and a fried egg, if you're feeling sassy.

Spiced veggie naan pizzas are a real thing, and I want you to try it out.

Today is a good day. 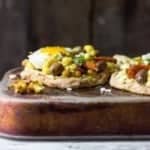 Cooking Tip: Make your own hummus using my favorite recipe! 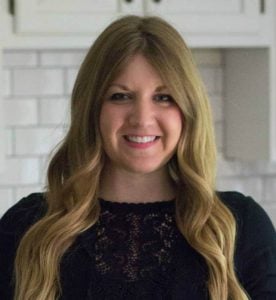 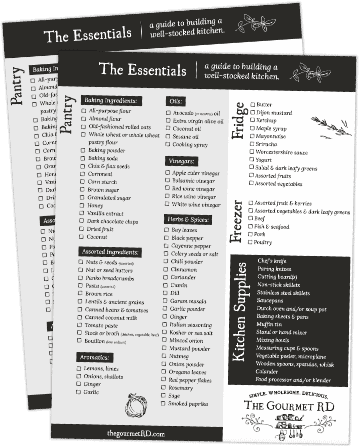